When you think of strong people, the first group that comes to mind is generally NOT teenage girls. We all know that girls in their teens can excel at sports like gymnastics, but we don’t usually picture them lifting heavy barbells.

But girls do lift weights, and some at very high levels in the world of sports

There are actually two kinds of competitive weightlifting.  Olympic lifting involves two events – the clean and jerk and the snatch.  These are both highly technical lifts.  There is also powerlifting where the events are the bench press, deadlift and squats.  Power Lifting is less about technique and more about strength. In terms of Olympic lifting for females, the youngest class is 13 and younger, really young and relatively tiny girls of some 66 pounds whose combined lift total can be more than twice their body weight.

My introduction to powerlifting for girls came at the World Record Breakers Competition in Honolulu in 1989.  I was there to cover the strongest men in the world for Muscle & Fitness Magazine.  So early in the meet, I was unprepared – no lens on the camera and no film loaded – when blonde, 15 year old Alphie Newman came on stage.  Alphie’s late father had been a weight lifter and had gotten her started early.  This was her second year in competition and at the end of the meet she would be the holder of a total of eight world powerlifting records for her age and weight.

Alphie was a knockout, a powerlifting pixie and highly photogenic.  Full of energy, she wold complete a lift and then strike a bodybuilding pose to excite the audience.  I later found out Alphie was also a dancer and gymnast, an all around fitness  star and was featured in most of the bodybuilding and fitness magazines. 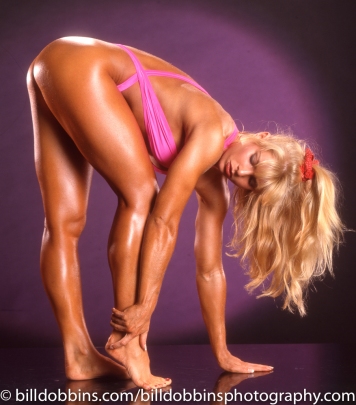 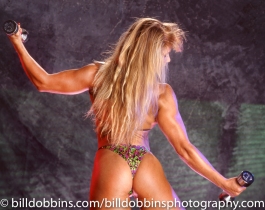 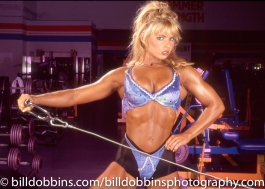 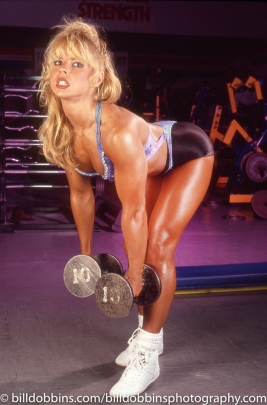 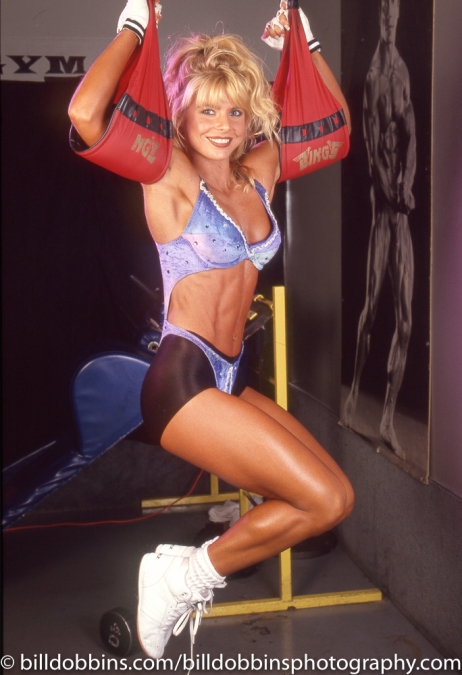 Alphie Newman in an ad for an abdominal training device. 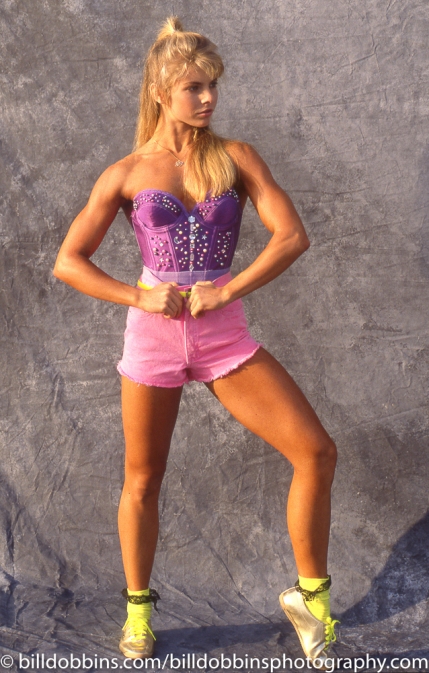 Being so young, attractive and athletically accomplished Alphie also motivated a lot of young female athletes all over the country and the world, many of whom wrote letters of thanks and appreciation to the Weider magazine offices.  In fact, a lot of girls now competing in Olympia lifting and power lifting have Alphie Newman to thank for inspiring them and paving the way. 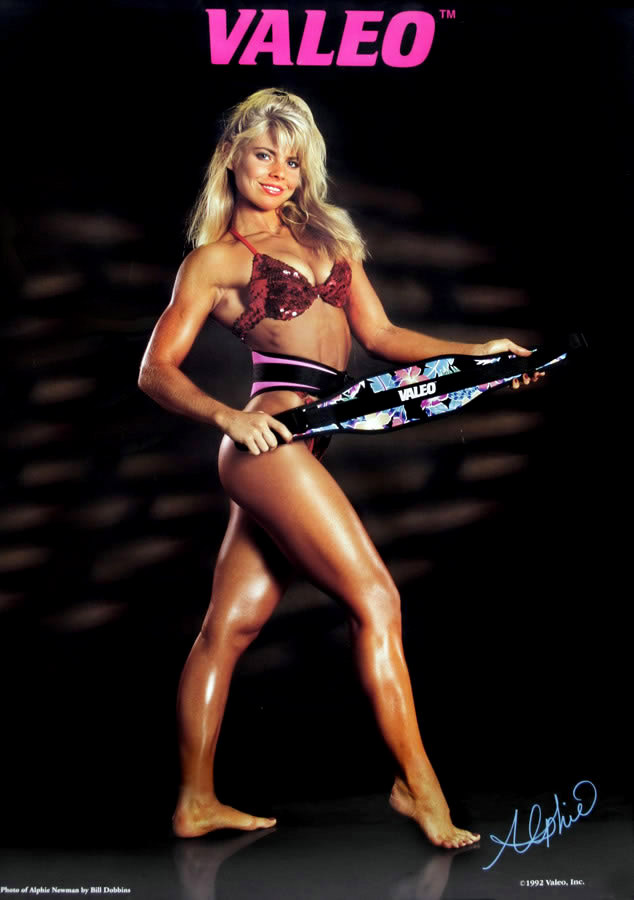 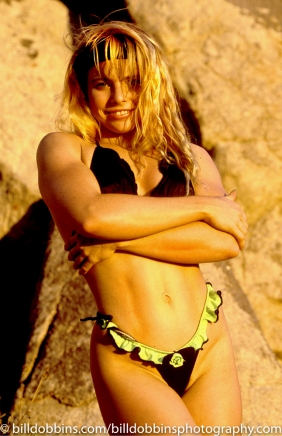 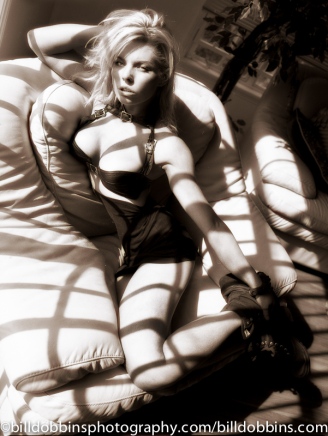 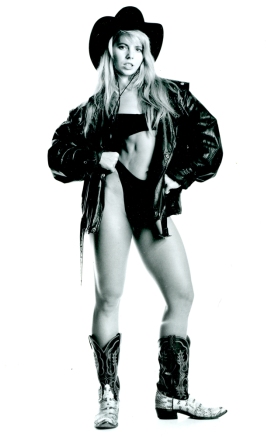 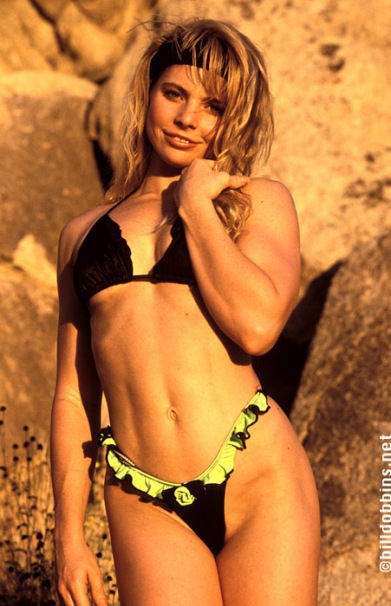 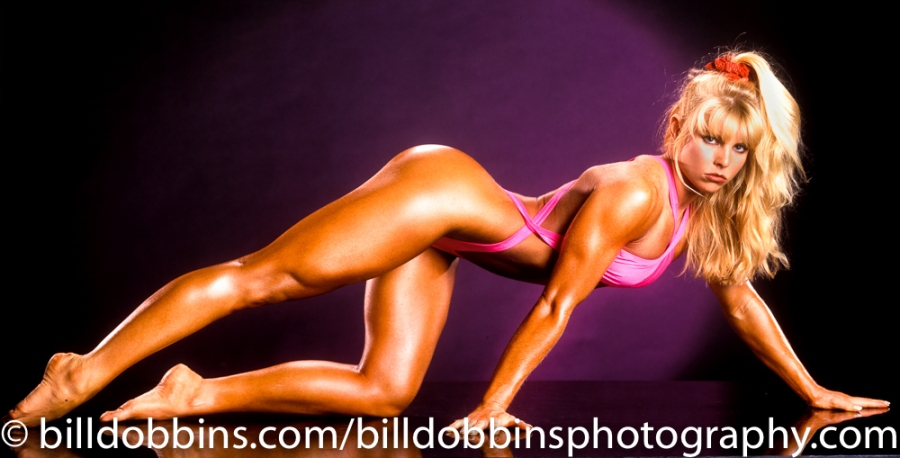