THE CHALLENGE OF PRINT MAGAZINES

In this age of diminishing sales of print magazines, it makes sense for publications to try and maximize the audience for their publications.  But most of the physique/bodybuilding magazines have ignored a potentially very large group of readers – the thousands of women all over the world who compete in fitness, figure, bodybuilding, physique and bikini, and their hundreds of thousands of devoted fans.

In the 1980s, Muscle & Fitness had close to 30% female readership.  This was in part because Joe Weider did not just publish sexy photos of fitness models.  He promoted and publicized women like Rachel McLish, Cory Everson, Anja Langer and Sharon Bruneau as champions, stars and celebrities.  In the 1990s, Vogue editor Anna Wintour came to the conclusion that movie and TV stars sold more magazines and made ads more effective than did supermodels because they  brought a dedicated fan base with them.  Whether dealing with Arnold Schwarzenegger or Ms. Olympia, Joe Weider operated on the same basis: deciding to create celebrities.

Bob Kennedy pursued the same course in the 1990s with MuscleMag.  He focused on a few very promotable women like Trish Stratus and Torrie Wilson who appeared in his magazine and at his booth at expos.  Trish and Torrie went on to become WWF stars and other women he featured developed film and TV careers.

But as the new millennium began, almost all the magazines backed off from promoting the women to celebrity status and began instead to feature cheesecake photos of attractive  but interchangeable fitness models – or women who claimed to be.  The problem is that young male readers like looking at this photos, but they simply don’t buy a magazine to own and take home photos like this.  We are in the age of free porn, so why should some young guy pay to see relatively tame pictures in a magazine when he can see the sexiest images imaginable for free on his computer? 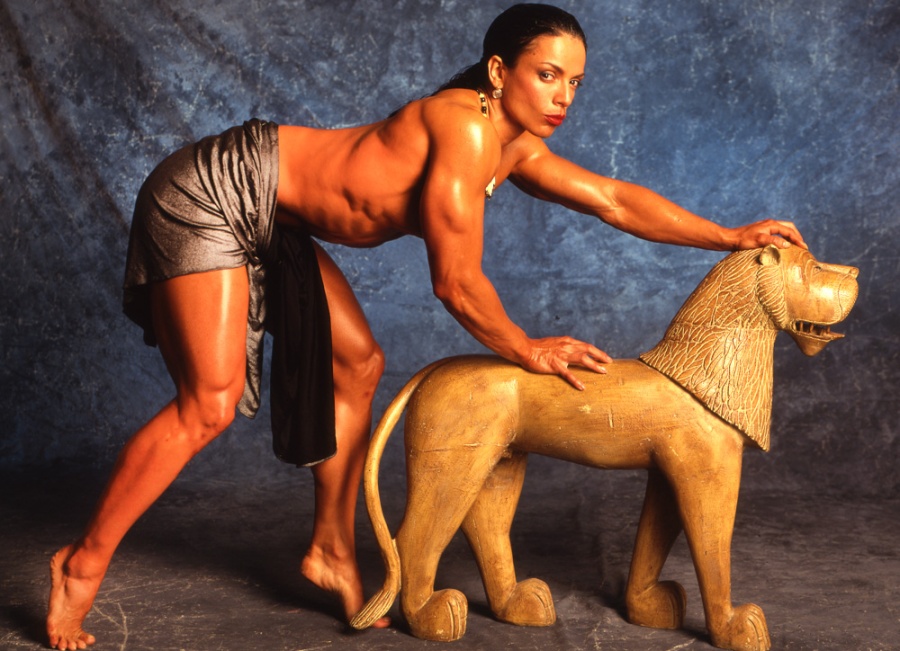 Not only that, but most of the women in the industry don’t care much for exploitive photos like this.  Female competitors, personal trainers and clients all aspire to develop lean, sleek and beautiful hardbodies – but tend not to be impressed by photos of models wearing a thong with their butts in the air.  So while a third of the readers of M&F used to be women, the percentage of female readers of most physique magazines today is much, much lower.  That is a very large audience that is simply not being served.

Of course, there are a lot of general-interest female fitness magazines on the market.  These feature lean but not very developed women designed to appeal to women who work out in health clubs but have no desire to build much muscle and who believe that there are exercises that actually lengthen genetically determined length of muscles.  But this publishing niche is way over crowded and most are likely to find it difficult to continue to exist.

APPEALING TO AN UNDER-SERVED AUDIENCE

The solution in terms of attracting this audience of fit females and their fans to a magazine is simple: Publish articles and layouts that show these fit and fabulous women at their sexiest and most beautiful, but also work at promoting them, making them into celebrities and creating as large a fan base as possible.  Put them in magazines on a regular basis, along with bios and other articles that give readers an up-close-and-personal familiarity with them. Feature them at booths at expos like the Olympia and the Arnold.  Have them sign and give away 8X10 publicity shots.  Put them on covers and posters.  Publish columns, exercise and diet articles under their names.  Include videos of them on the magazine website.  Encourage sponsors to use them in ads.  Or on supplement labels.  Make people know who they are so they will bring a fan base with them to your magazine. 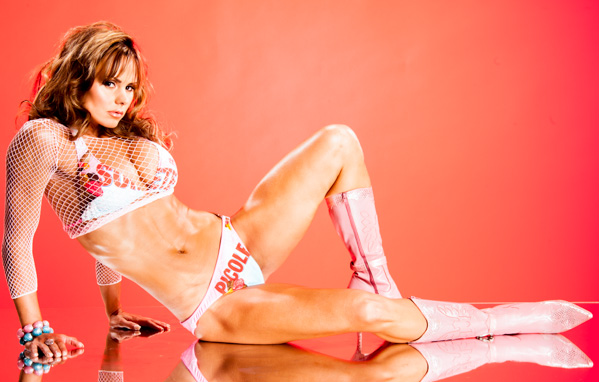 In the 1980s, when editor Jerry Kindela was at Flex he determined that devoting some 15% to 17% of the magazine to women increased sales by attracting them and their fans to the publication without risking driving away readers only interested in the men.  So it’s clear that space devoted to the women should be limited.  But it should be recognized that choosing among the beautiful women out there competing in all classes at all levels makes sense, rather than simply using bikini models.  These competitors train and diet the way most of the readers do, and they use the products sold by the advertisers and sponsors.  And they are to be admired for their achievements, not just for their youth and the sexy bodies nature and their genetics gave them.

Nascar promotes Danika Patrick and tennis benefits from publicity about Maria Sharapova.  They are beautiful women, but also genuine champions and sports heroes.  If you have a big gun, shoot it.  In this age of obesity we have seen female bodybuilding evolve into fitness, figure, physique and bikini, creating thousands of women who not only look great but work hard at it – and these fit and fabulous females are often personal trainers because other women admire them and want to look as much like them as possible.

There is also no doubt that lots of men find these women attractive and sexy.  In fact, a growing number prefer this kind of female body to any other.  This is made clear when you run searches on the Internet and see how many sites are devoted to celebrating this kind of fit beauty.

So it seems obvious that not taking advantage of this obvious, world wide interest in fit and fabulous females in print magazines is just leaving money on the table.  Given the challenges to print nowadays, the shrinking readership and competition from digital media and the Internet, failing to appeal to this vast potential audience is a dangerous strategy in terms of long-term publishing survival. 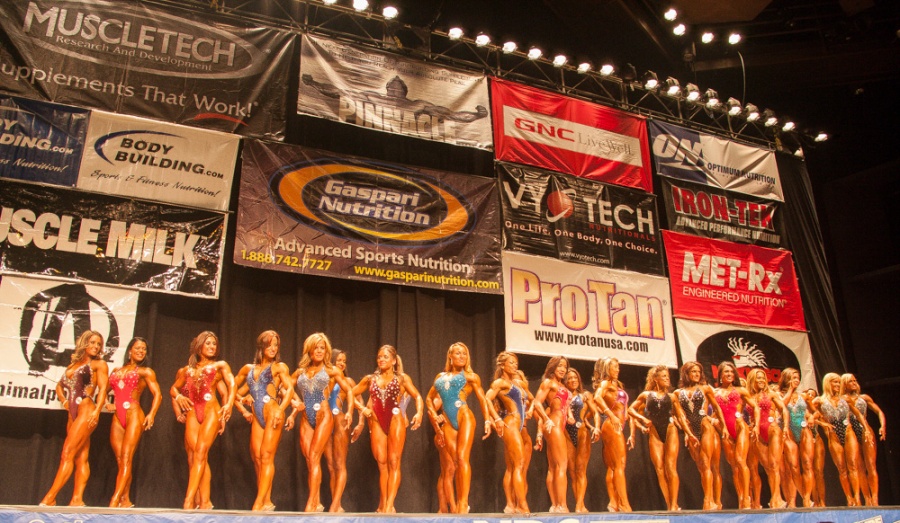