ABOUT MY SCANNING PROJECT:
Bringing Historic Fit And Fabulous Photos
Out Of The Archives And Onto The Internet

By Bill Dobbins
THE BODYPHOTOGRAPHER

A quality scan of Laura Creavalle done for a book.  Unfortunately, too many in my files don’t look this good.

“What exactly do you mean by scanning?” Somebody who has always admired by photos asked me this recently.  The question surprised me.  I had been promoting my Scanning Project for a couple of seeks, looking for contributions that would allow me to digitize my many thousands of images shot on film and stored in my archives in order to be able to share them on the Internet.  It never occurred to me what anyone would simply not understand what this process is and what it involves. 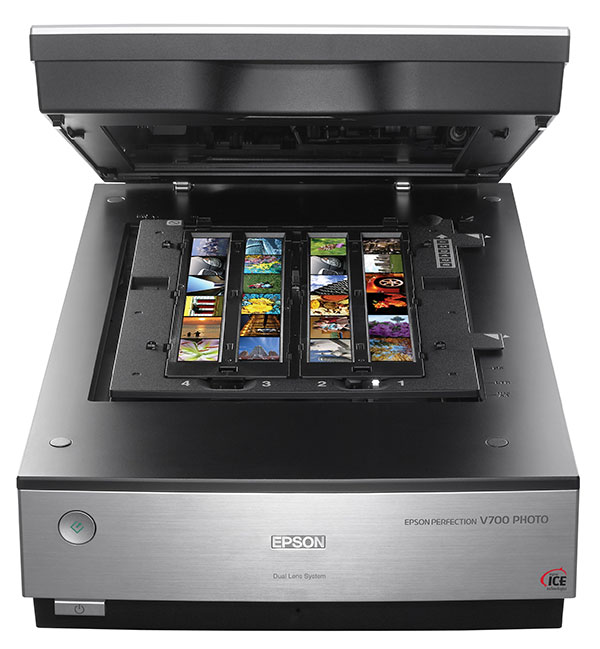 Of course, everyone who uses a digital camera understands what a digital photo is.  That is the JPEG or the TIF file you get when you shoot a picture with this kind of camera. Whether you use a smart phone phone, point-and-shoot camera, a DSLR like the Canon Rebel or a high-end and incredibly expensive Medium Format Hasselblad the process is the same: light from outside is focused to a point inside the camera to be recorded.  In the old days, the recording medium was some kind of light-sensitive film emulsion, which then went through a chemical process to fix the image.  In a digital camera, the recording medium is some kind of card that records the digital information to be subsequently processed by a computer program.

What a scanner does is to take a document, photo print, color transparency or BW neg and move a scanning head across it   to “photograph it” and record as digital information.  If you see a poster on the wall and take a picture with your cell phone camera, you are doing a version of the same thing.  You could download that image to a computer and use software like Photoshop to adjust and color correct it before publishing it online on Facebook, your website or other social services.  You could use Instagram and send the image out directly from your phone.

A scanner simply allows for a more sophisticated approach to digitizing  an image.  As with any other technology, there are inexpensive and simple scanners – for example, those you used to digitize a simple document – and a range of increasingly expensive machines that can cost tens of thousands of dollars and used by the top magazines, art book producers are ad agencies. 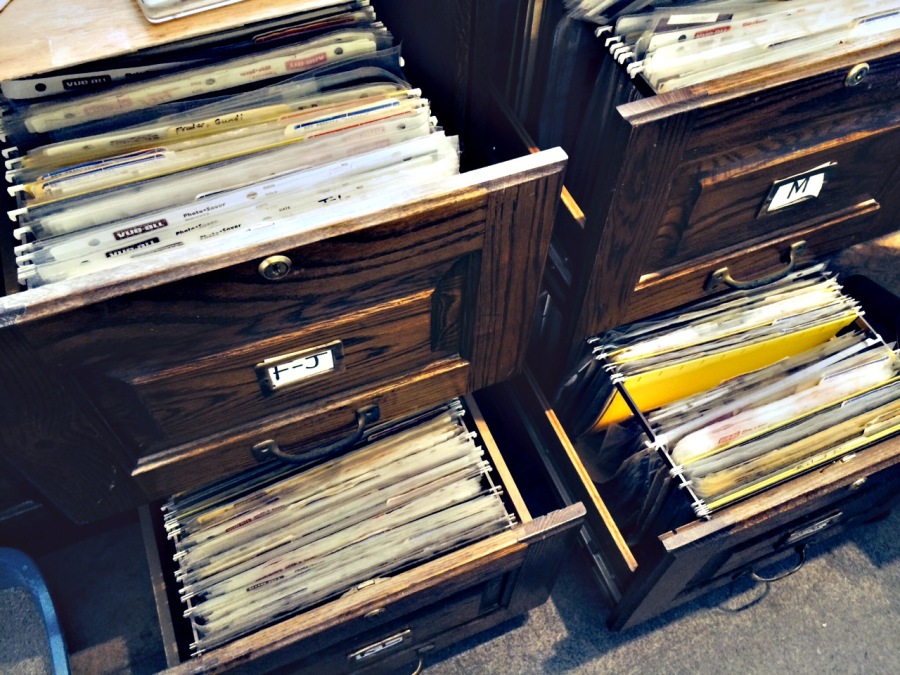 I have a dozen file cabinets and additional boxes filed with color transparencies and BW negatives to be digitized.

What I have ben using to scan my photos since about 1999 is some kind of desktop flatbed scanner.  I started with a cheap and not very sophisticated scanner back around 1999 and have several more devices since then that were more sophisticated and of course increasingly expensive.  I have also had access to better software that allows for a lot of control over the result and my experience level has gotten higher so I’m now much better at this whole process.  The earliest desktop scanners really didn’t do the original photos justice.  If you look at the quality of the ear lies scans I put on my websites this is obvious.  But t the time it was the only game in town – at least the only affordable game in town.  Higher-resolution drum scanners were way too expensive for most individual uses and still are.  And they produce images that are too high-quality to make any meaningful difference to most people.  (Does it make much practical difference if your car goes zero to 60 in 3.8 seconds rather than a leisurely 5 seconds>)

But the best of current affordable desktop scanners have gotten to be very much better and work very much faster.  And when it comes to scanning photos that will be viewed on computer monitors and devices like tablets and phones they produce very bit of quality necessary.  It isn’t just the size of the scan per se or the number of scanned lines that makes for better scans.  There are also factors like sharpness,  dynamic range (the range of darkest to lightest recorded), color bit depth (how many bits are used to record each color and therefore how many different possible shades of color can be recorded) and a combination of the quality of the lens of the scanner itself combined with the ability of the software being used to help achieve the highest possible level of scanning quality.

So my first step in the Scanning Project is acquire a better scanner.  In this case, I’ve decided on the new Epson V850, which is very fast (no wasting a good part of a minute for warming-up), scans all the film formats in which I’ve shot, color and BW and has a special ability to create super-sharp images when that is a critical factor.  The scanner bundle comes with highly complex software that require a learning curve but gets the most out of the capacities of the hardware.

That is step one to of the project.  I also need hard drives to store all these large files.  In terms of digital asset management, you need three copies to be sure you have one – with one stored off-site.  That’s a lot of gigabytes of information and costs money.  Along the way, as this project gets more involved, there will be issues of computer maintenance and upgrades.  All in all, considerable expensive is involved.

Yes, nowadays there is cloud storage of data and images which has gotten much cheaper.  The bottle neck is upload and download times.  There are so many gigabytes involved in high quality scans that transferring files like this takes a very long time unless you have something like a T1 line.  Which just costs too much money.

Then there is the scanning itself.  I have file drawer after file drawer of both color slide and BW negatives.  Many, many thousands.  Lots of these were scanned in the past for my websites, but the quality of most is pretty poor.  Certainly showing much less of the quality of the original image than is possible.  This is going to be an on-going process and take a huge amount of time.  Years and years.  And at this point there is no income being generating by doing this.  Sure, some magazine at some point might decide to buy a photo or two and there are some download pages I could upload images to.  But for the most part these pictures will be available free through the Muscle Insider website and various social media.  This is not a money-making proposition – although it would be nice if I could figure a way to change this.

Legends from my Archives

So I’ve been asking fans of fit and fabulous female as well as the women themselves to contribute something toward supporting this process.   I would hope the women in the photos to be scanned would be first in line to get to see their own pictures.  Rachl McLish, the first Ms. Olympia bodybuilding champion, was among the first to make a donation.  I keep getting encouraging “likes” on Facebook and some eMails for many other the others, but it doesn’t seem to occur to them that there is enough benefit in the project to them that a contribution would be appropriate.  If nothing else, because a rising tide lifts all boats just an increase in interest in the pioneers of female muscle from the 1980s and 1990s should benefit all the women who are on the scene back then.  We honor and remember heroes from the past is a wide variety of sports.  Why not women’s bodybuilding, fitness and figure as well?

That’s a lot easier to do with quality photos of the individuals involved – which is what my Scanning Project is designed to provide.  And you can help.  Please click the clink and make a contribution.  Encourage others to do the same.  Even after I have physically acquired a new scanner the effort, expense and devoting of time will continue.  Bill Gates can afford to try and wipe out world Malaria out of his own pocket.  I have the content and am willing to do the work, but without Gates’ resources I need some financial help.  (Although it’s true that Bill and i have an average wealth of about 30 billion dollars.)

I believe my photos of these fit and fabulous females will be an important part of the historical record when later generations look back on how this whole phenomenon got started.  So I want to bring my photos on film that are locked away in file drawers into the digital age using my Scanner Project.  With “crowd funding” large projects can be financed without too much financial stress on any individual.   Just click the link and donate a few bucks.  Or a lot more if you want and can afford.  You’ll get to share in the beautiful photos that result.  Mostly for free.  Now is that a deal, or what? 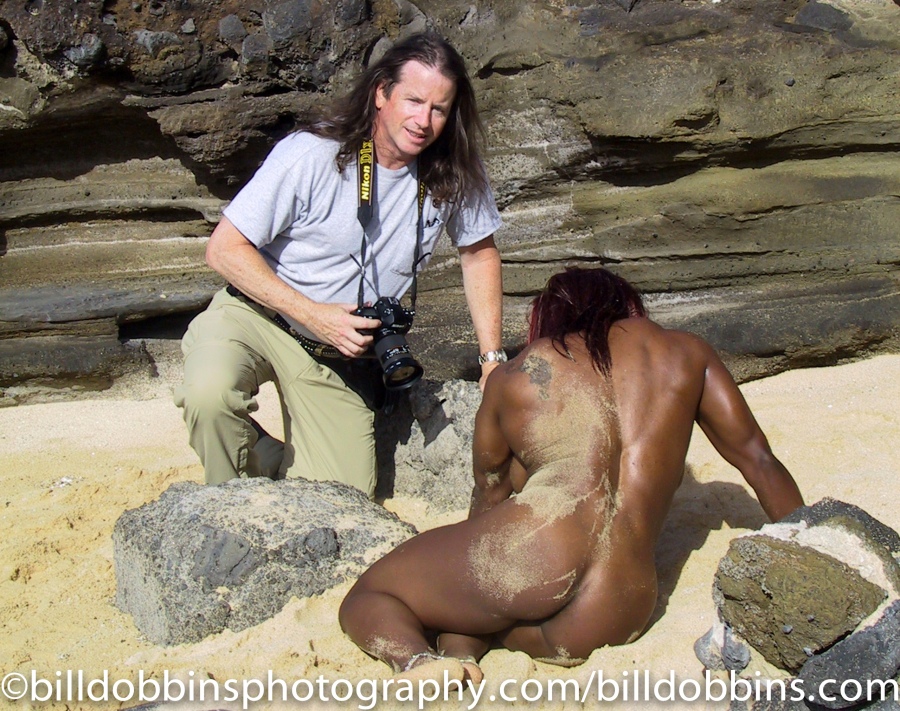 This was my first digital shoot, back in 1999.  I had a film camera with me, just in case.

OWN A BRAND NEW COPY OF THE COLLECTOR CLASSIC BOOK

One thought on “SCANNING PHOTOS OF FIT AND FABULOUS FEMALES”