WINGS OF STRENGTH: Hope And Promise

It is unfortunate but true that IFBB professional bodybuilding for women is going through a low period.  Female bodybuilding categories have been eliminated both from the Olympia and the Arnold Weekend – for no particularly good reason.  So this has left pro women bodybuilders with a shortage of places to compete and limited their ability to earn money.

But an organization has stepped in and as of 2011 tried to at least partially fill the vacuum created by the IFBB: Wings of Strength.  Wings is the creating of businessman Jacob Wood and his wife Kristal – both very buff themselves.  Here is what the Wings website says in the “about” section:

Wings of Strength conducts fitness photo shoots throughout the year and sells these photos via monthly memberships on http://www.wingsofstrength.net. 100% of the website proceeds are reinvested into sponsoring of pro shows around the country.

Wings of Strength has been promoting contests and has seven of them scheduled for 2017.  The women pros who compete in these events – which include fitness and figure as well – are very grateful for the opportunity to show themselves to their fans and to make additional money.  The problem has been that there have been fairly small audiences buying tickets for these contests and very little publicity afterwards to promote and publicize the winners.

Unfortunately, in the age of the Internet, when it is so easy to “broadcast” information to the world, EVERYBODY is doing it and it is very difficult for any one message to get heard above the noise.  It is like shouting as loud as you can in a hurricane. Your voice easily gets drowned out.  So if Wings is going to achieve a higher level of promotion and recognition and develop a much larger following the organization is going to have to step up the sound of it’s “voice” and attract more attention.

The key to mass promotion in the digital age is making a lot of connections – amassing the maximum number of links, Likes and followers possible.  However, Wings has a website that is based on asking visitors to register for membership.  Real world experience has shown that only a fraction of people are interested in doing this.  So this practice actually drives away many potential fans.

Websites can have a membership area that provides special benefits, but the number one goal should be attracting the maximum number of visitors possible to the site itself – and getting them to come back time and again on a regular basis.  You do this with lots of compelling content and regular updates – photos, videos, blog posts and links to other relevant sites.  If you provide enough free content you increase visits, promote the athletes and upcoming events and expand the community supporting female muscle.

Except for some sites featuring adult content, the era in which a lot of people are willing to pay amounts like $22.90 to join a website has pretty much gone away for good.

Look at bodybuilding.com which gives away content and in return has attracted a huge following that produces an amazing number of visits.  The site then use this following to sell supplements – and is able to do this extremely successfully.

But to sell or promote, whatever your goal: first somebody has to be paying attention. You have to attract a crowd of people before you can influence those people to do anything.

As I said, it is practical to have a separate membership area as part of a site.  But a lot of thought has to go into what to offer members that would justify their spending money. And deciding how much to charge.  Meantime, what you can gain of most value from a website is a MAILING LIST – to collect as many names of supporters as possible to help in your future promotional activities. 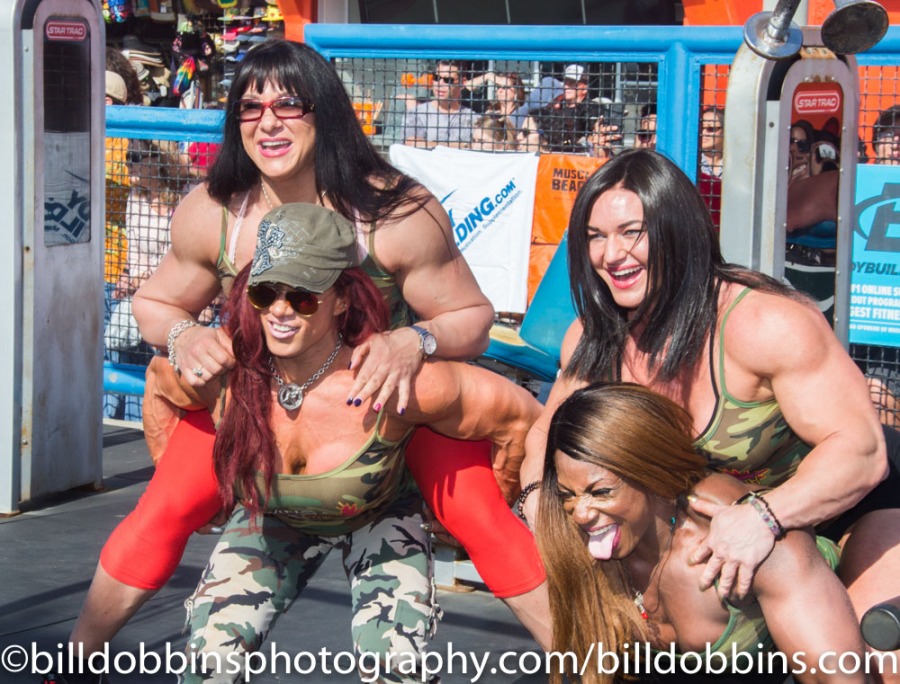 One of Donald Trump’s promotional advantages is that he has 25 million Twitter followers.  That says a lot about publicity in the age of the Internet.

Another possibility is an online digital magazine.  It is much too expensive and limiting to publish print magazines nowadays.  But online publications are relatively cheap and easy to create.  Most of the major print publishers also have digital versions of their publications – although few have figured out how to monetize these efforts.  But if you goal is not making money with a digital magazine but simply communication and publicity, this offers all sorts of possibilities.

As far as photography is concerned, in a world of too many images only the most compelling and extraordinary stand much chance of making a difference.

When Joe Weider was developing Muscle & Fitness and Flex Magazines, he made a lot of effort to upgrade photo content from the then industry standard by working with only the best photographers in bodybuilding and recruiting a number of top Hollywood and Playboy photographers to contribute to his publications.  He also spent a lot of money in this effort.  The competing magazines were either unwilling or unable to do the same.  This resulted in M&F being so successful it was labeled “the publishing miracle of the 1980s.”  The idea that superior content results in superior promotion is just as true today. The more photos there are out there the greater the need to use the best images possible.

The major ad agencies understand this.  Which is why the top fashion brands will spend many tens of thousands of dollars on photo shoots – and why some of the top fashion photographers can afford to fly in their own jets back and forth between the US and Europe.

In his heyday, Joe Weider would fly champions to Los Angeles to shoot with the best studio photographers rather than relying on a photographer doing pictures as a contest venue.  He sent models and photographers to places like Cabo San Lucas.  He once rented Hoover Dam as a location for his photographers to shoot fabulous muscle women.  Obviously, with all this time, effort and expense involved he only used the BEST available photographers for these photo shoots.

There are BILLIONS of photos being uploaded to the Internet.  Only the best and most interesting are likely to be noticed and remembered.

There is also the matter of video.  Video is gaining in popularity and Facebook says it will sometime soon feature more video than still images.  So for maximum success Wings should think about putting maximum effort into adding video to its promotional efforts. The Wings website should be video rich with a lot of content also shared with YouTube

There is no doubt that first-rate photographic production  in the era of Twitter and Instagram is necessary to attract the right kind and amount of attention.  This quality control is essential  as far as content you own and control is concerned.  But achieving the maximum promotion and recruiting as many followers as possible can’t be done without opening the field up to having others publicize you as well.

For example, only having your own photographers shoot a contest and controlling the images is very limiting, even if you have a very energetic campaign of publicity and social networking to get the images out to the public.  Every legitimate media photographer should be invited and encouraged to shoot contest photos – perhaps with the proviso that a Wings logo be added to any photos used.

In addition to online contest coverage of your events, make sure every magazine interested  has access to photo coverage for free.  Give them text coverage as well as images.  When it comes to repeating a promotional message, it is hard to do this too much or too often. You say it, say it again and keep saying it. 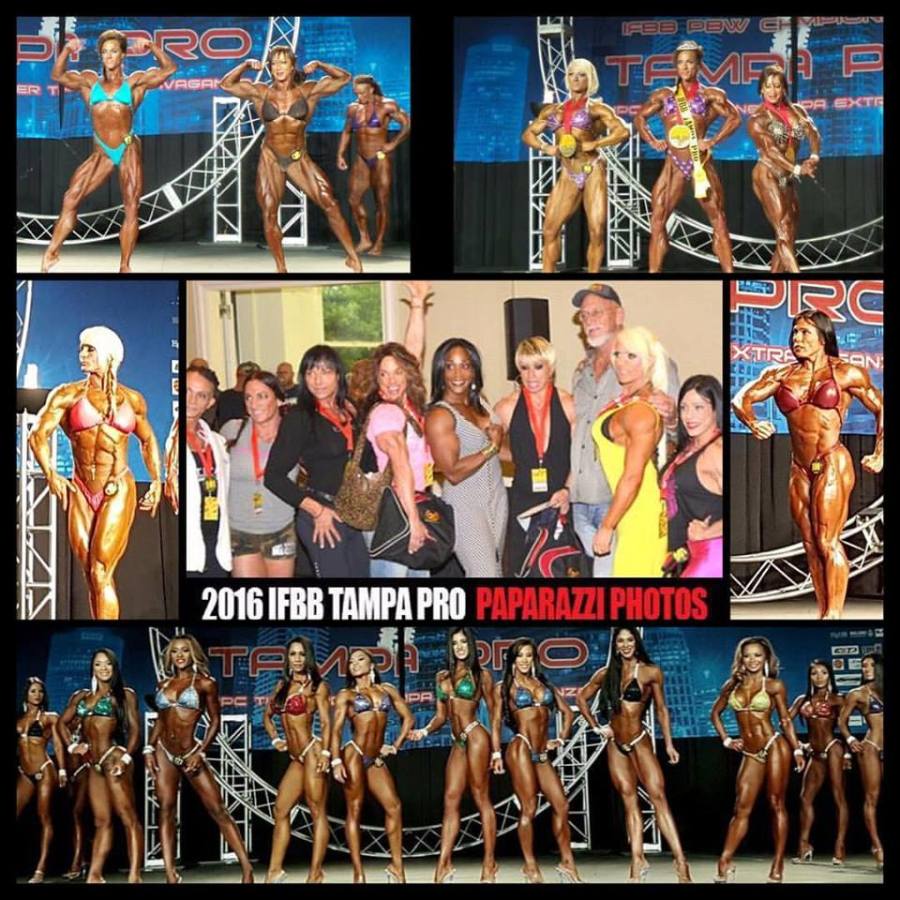 As to the contests, any experienced promoter will tell you that it is very hard to attract big audiences for pro events for women unless the show is coupled with an NPC amateur contest, an expo or some other entertaining event.  Holding women’s pro events on their own costs a lot of money, plays to a limited number of ticket buyers and limits the amount of possible publicity.

Wings of Strength has done a great job in creating events in which pro women can compete and allowing them the chance of making more income. It has spent a great deal of money in these efforts.  Wings has involved Ms. Olympia Lenda Murray as its spokesperson and there simply is no better person to represent the organization. But more is necessary.

A rising tide lifts all boats.  The better Wings does at promoting its activities, at attracting the maximum number of followers and bringing deserving champions to the attention of fans and the pubic, the better is it for all women who compete and their loyal supporters.

So I invite everyone to do what they an to support Wings of Strength.  And I urge the organization to take the next step when it comes to making use of superior content, social networking and the Internet to continue to grow and prosper.

Bill Dobbins is a pro photographer located in the Westwood area of Los Angeles. He is a veteran photographer and videographer who has exhibited his fine art in two museums and a number of galleries and who has published eight books, including two fine art photo books: