Bill Dobbins is a photographer, video director and writer based in Los Angeles, California. Bill has a portfolio that features a wide-variety of images of different subject, including fashion, lifestyle, portraits and street photography,  but is best known for his images of aesthetically muscular female athletes.

However, in addition to his photography he has had a rich history of creative achievements in a variety if fields – including writing, magazine editing, music and acting.

As a teenager, Bill pursued an interest in both music and photography, which included working as a staff photographer or stringer for a number of local and regional publications. At the age of 17, he had the opportunity  to live for a year in Paris.  His lack of fluency in French made it difficult to work in photography, so he began supporting himself as a singer-songwriter and as a movie extra working on American movies filmed at the Studio de Boulogne.

After a year in Paris, singing in clubs and on the streets, and spending time on movie sets with stars like Cary Grant, Audrey Hepburn and James Coburn, he moved to Munich, Germany, where he took courses toward his college degree through the University of Maryland, did regular performances as a folk singer and worked doing voice over work for European films being dubbed into English.

Once he had earned his bachelor’s degree, Bill returned to the United States with the intent of going to graduate school at the University of Maryland in College Park.

“I was enrolled in American Studies – essentially the cultural history of the United States, which I found fascinating and have continued to be interested in ever since, ” Bill explains,  “But after a very short time it became clear that the only real use for the degree I was seeking was teaching—which I did not want to do. So I packed a suitcase and my guitar and headed for New York to see what I could do in the music business.”

Bill found initial success working in a number of Greenwich Village music clubs like the Gaslight, Folk City, Izzy Young’s Folklore Center and The Bitter End (with such legends as Arlo Guthrie, John Hammond, Ramblin’ Jack Elliot,  Tim Buckley and the late Phil Ochs) as well as a variety of other east coast clubs, coffee houses and colleges from New England to Virginia Beach.  He had also performed at clubs in Virginia Beach along with Emmy Lou Harris.  For a time he appeared at Mr. Henry’s in Washington D.C. at the same time Emmy Lou was singing on M Street, where she became famous doing country music rather than as a folk singer, which she had been previously.

“I loved doing music,” Bill recalls, “the time actually spent on stage performing, and writing songs was very fulfilling, but I came to dislike the life—the traveling, the late nights and, sorry guys, spending all my time with other musicians who mostly talked about things like where to eat in Kansas City at 2am. But my main problem is that I like to do a variety of things and performing until 1am and constantly traveling there was no time to do anything else but music.”

So Bill decided to pursue other opportunities in New York, getting a job as a page at NBC (a traditional stepping-stone into the big-time world of broadcasting) which then lead to becoming a producer at WNBC radio, which was then talk radio.

He was then hired as a director at KABC radio, a top 40 rock station that was, at the time, the number one station in the number one market in the country.  KABC at that point was developing a progressive FM format and Bill was able to contribute as a producer because of his wealth of knowledge about the newly developing world of contemporary music.

Bill continued working for a time as a free-lance consultant and producer for various progressive radio stations, but also spent time in Washington D.C., where he had gone to college and still had a network of friends.  He was told that the play Hair was conducting auctions in the city and that people he knew where going to try out for the musical.  He went along to give them moral support and, since he was there, decided to audition as well.

There we’re 3000 hopefuls on hand to try and land roles in Hair.  The company ended up hiring two: Bill Dobbins and a  young female.

Working in the Mercury company of Hair for a few months gave Bill the funds needed to relocate. so he packed a Chrysler 300 full of his belongings and headed for California, camping out along the way and enjoying the beautiful landscapes of America.

Once in Los Angeles, Bill created programing for public radio and subsequently spent several years writing and creating special productions for KFWB, Westinghouse’s all-news radio station in Los Angeles. From there he went to Westinghouse television, as a writer and researcher for the short-lived daily interview and variety program “Everyday.”

“When I was still at KFWB,” says Bill, “I started working out at the original Gold’s Gym in Venice, a beginner surrounded by the likes of Arnold Schwarzenegger, Robby Robinson, Franco Columbu, Dave Draper, Frank Zane and other champions whom I didn’t know or knew only from seeing their photos in Charles Gaines’ and George Butler’s book ‘Pumping Iron.’ Over time, I began helping the gym with promotion and publicity and then staged the 1977 Mr. America contest for Gold’s – a huge undertaking involving a massive parade through the streets of Santa Monica, a live orchestra on stage, 500 press credentials and living legend Mae West handing out the trophies.”

As part of the promotion for that Mr. America competition, Bill wrote, photographed and did the layout for a 72 page tabloid program, which brought him to the attention of Joe Weider. Bill began writing for “Muscle Builder,” and later became the founding editor of “Flex” magazine, which became the leading “hard-core” publication in the field. He also got back into taking photos, not only because photography was his first love but, as he explains, “The photographers for the magazine were making a hell of a lot more money than the writers.”

Book party for my book THE WOMEN: Photographs of the Top Female Bodybuilders (Artisan) featuring some of the models from the book. 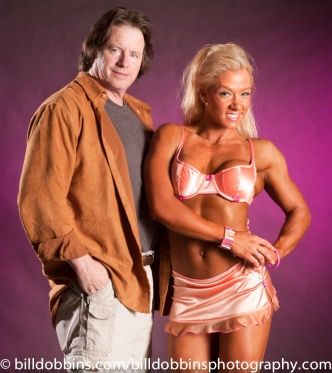 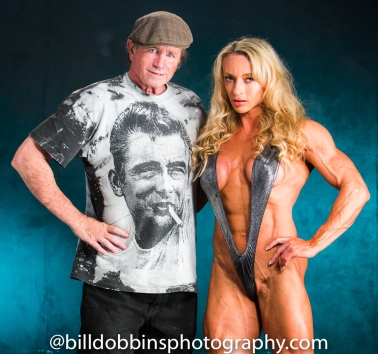 It’s GOOD to be the photographer!

Along with photography and editing the magazine, Bill also began authoring a series of books. In 1978, he collaborated with Gold’s Gym, Venice owner Ken Sprague on the original “Gold’s Gym Weight Training Book” (Tarcher). Subsequently, he was hired by Arnold Schwarzenegger to collaborate on “Arnold’s Encyclopedia of Modern Bodybuilding,” and recently finished helping Arnold to revise and update that very well respected bodybuilding reference work. He also photographed and authored “The Women: Photographs of the Top Female Bodybuilders,” featuring pictures and profiles of top physique women, which has sold 45,000 copies to date and still climbing. Bill was also active with the IFBB, appointed by Ben Weider to be the first liason to female bodybuilding, wrote the original set of competition rules for female bodybuilding for both the IFBB and the NPC, and did a major rewrite of the IFBB rules prior to the 1992 Ms. Olympia contest in Chicago.

Along with shooting photos for the Weider magazines and other physique publications such as MuscleMag International, Muscular Development, Women’s Physique World and Denise Masino’s Muscle Elegance, Bill also does extensive advertising photography and has been published in a variety of “mainstream” publications such as Penthouse, Playboy, Newlook France, Cosmopolitan and Physician & Sportsmedcine, and worked for a time on the West Coast writing staff of Life Magazine. 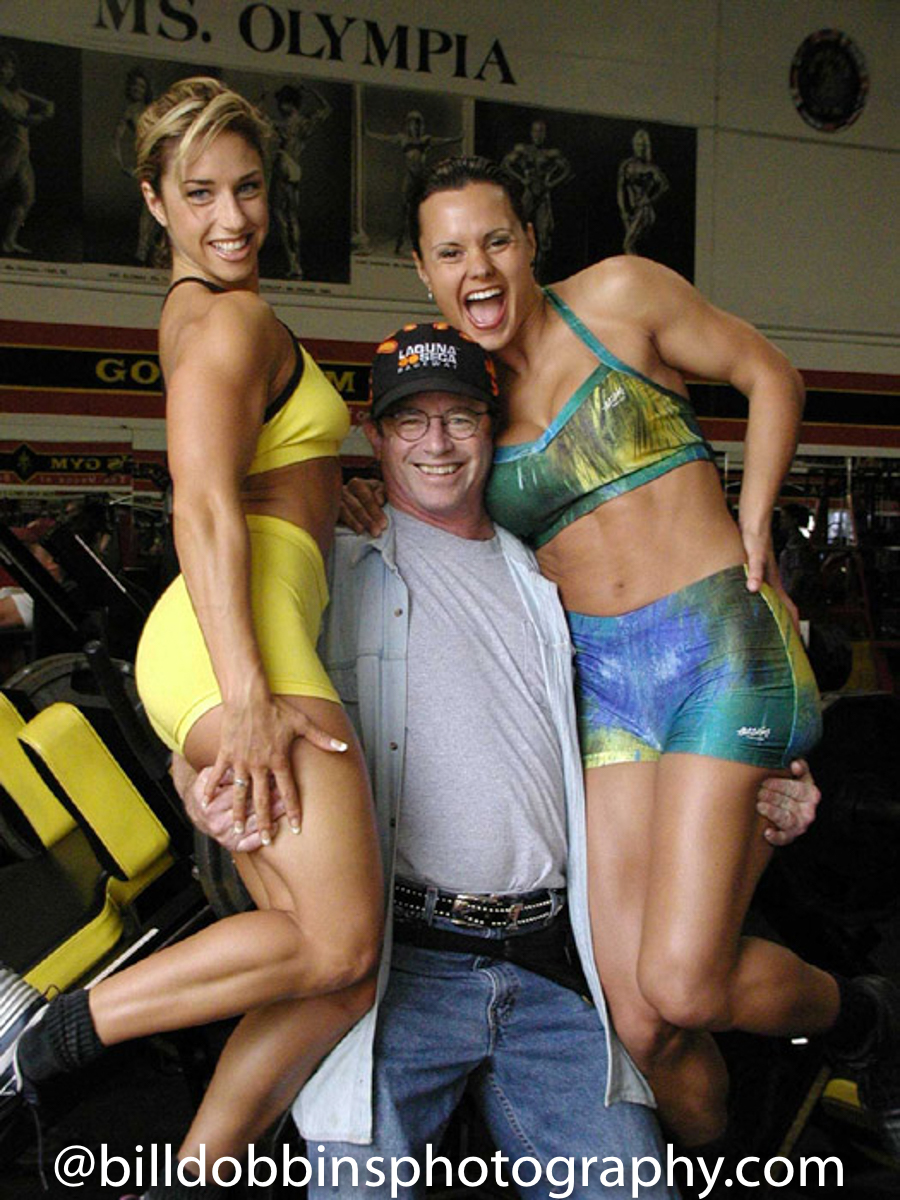 In the early 1990s, Joe Weider asked Bill to become president of Weider Communications, the video and television division of the company. In that capacity, Bill was responsible for creating the 10-volume video version of The Weider System, which appears packaged under a variety of other titles, as well as the Weider Video Library. In more recent years, Bill has directed a number of projects for the Divine Mind production company, including rock videos, concerts and syndicated health and fitness television shows.

But times change.  The Internet has contributed to the gradual demise of magazines, Weider Publications was sold to AMI in New York, Flex Magazine has gone out of business and publisher Joe Weider passed away.  So Bill Dobbins has spent the past few years working on freelance projects and spending more time and effort creating videos.

“Looking back,” he says, “I have always been an admirer of movie directors.  But now I realize it was the work of cinematographers that primarily appealed to me. Nowadays, with the ability to use digital cameras and software to create videos, making movies is now with the reach of almost anybody.  So I have not abandoned photography or writing, but I have a whole new field of interest to devote myself to.”

Meanwhile, the photographs of Bill Dobbins have received interest from the fine art world.   In addition to his fine art books, Bill has exhibited in two museums and a number of galleries and has plans for some major art exhibitions in the near future.  “It may take some time,” he says, “because this whole thing of aesthetically developed female muscle is so new.  But I believe at some point these women will be recognized for what they have contributed and my photos of them will be the primary historic record of their revolutionary achievements – and become highly valued as fine art. 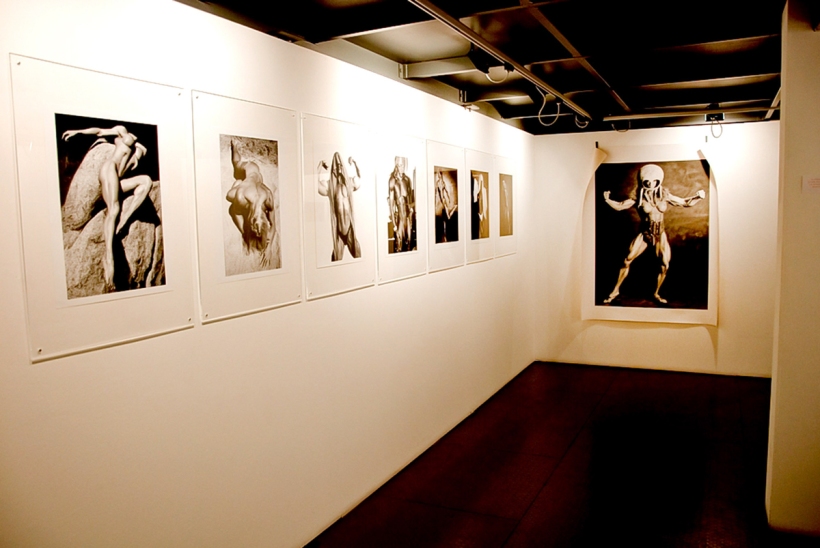 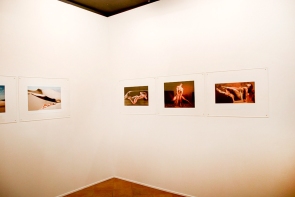 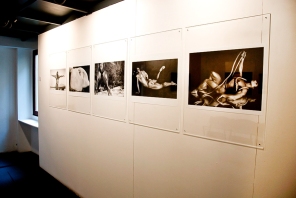 THE WOMEN: PHOTOGRAPHS OF THE TOP FEMALE BODYBUILDERS, Artisan, NY 1994 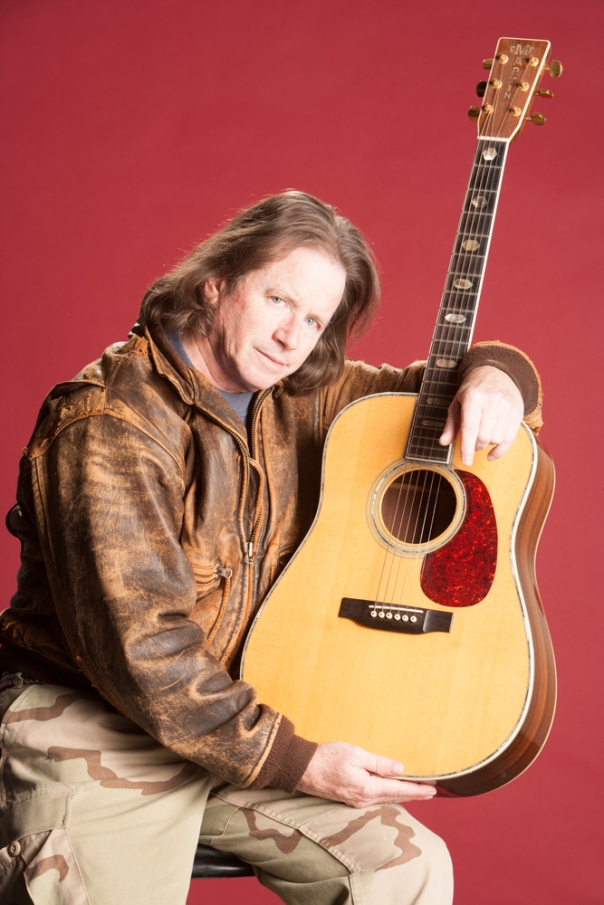 Even as he concentrates on photography and video, Bill Dobbins continues to compose and perform music. Music website: www.billdobbinsmusic.com